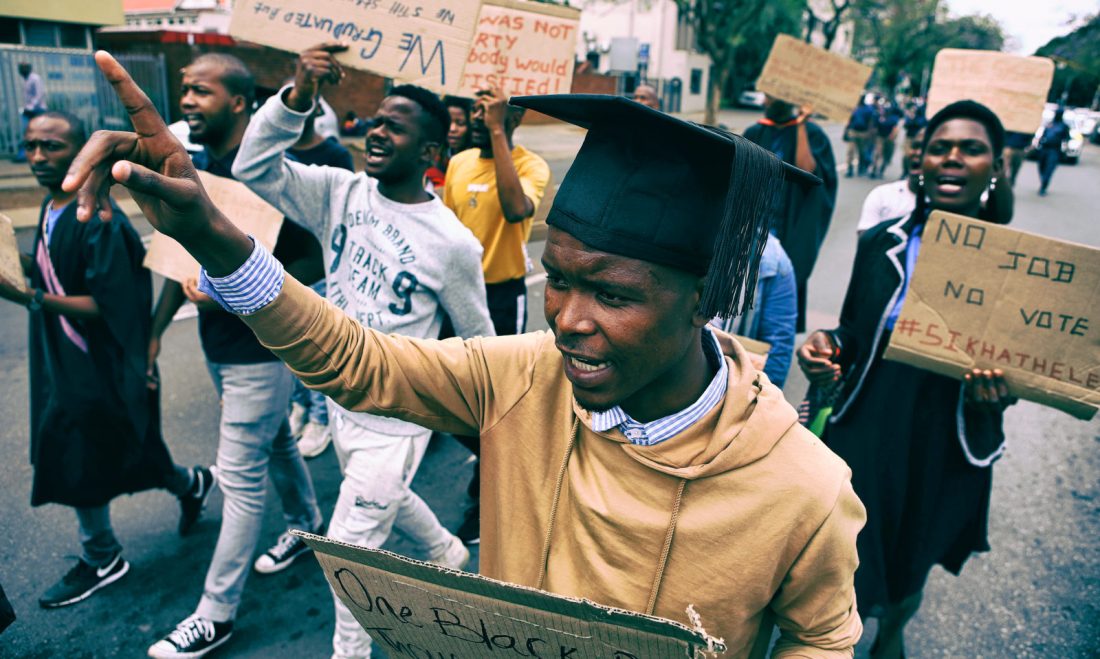 Sharon Wood’s article in Business Maverick explains that political parties and South Africa have a major challenge as voters gear themselves up to go — or not to go — to the polls on Wednesday 8 May.

It’s the perception that none of the political parties is seen be able to solve the most pressing issue voters perceive to be facing the country: unemployment.

That’s according to the latest Citizen Surveys analysis, in April 2019. The South African Citizens Survey took stock of voter sentiment and views after registration closed in April. It’s also in contrast to what parties have been saying in the lead-up to the election. Citizen Surveys’ strategic research director, Reza Omar, says “the political parties’ electoral messages have not always aligned with their political party positioning”.

Picture: Unemployed graduates from KwaZulu-Natal and Pretoria march to the Union Buildings on November 06, 2018 in Pretoria, South Africa. The graduates, some wearing their graduation regalia possess qualifications ranging from economics degrees, fine arts diplomas and teaching diplomas handed over a memorandum to officials demanding government to come up with solutions to tackle the rising unemployment rate. (Photo by Gallo Images / Phill Magakoe)