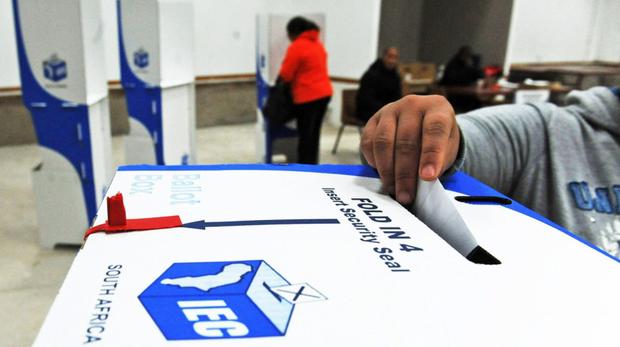 #Elections2019: 4.5 Million SA youngsters have no intention of voting

Marvin Charles mentions in an article published in the Cape Argus and on IOL that with major political parties in a feverish campaign to convince people to register to vote, a survey has shown that more than 4.5 million eligible voters have no intention of registering to vote.

The South African Citizens Survey said a significant portion of these people are between the ages of 18 and 24.

One third are aged between 18 and 24 and one third between 25 and 34. The highest proportion (63%) is from the lower income groups, with just less than one-half (48%) residing in the major metropolitan areas. Of the provinces, Gauteng has the largest number (30%) of people who don’t intend to register.

Dawie Roodt, chief economist at financial services company the Efficient Group, said: “It is alarming, but we have to remember that, firstly, youngsters are not interested in society or politics; secondly, there is a mindset that because South Africa is a democracy, there is no political drive to vote; and, thirdly, they also have the mindset that their vote simply won’t count.”

Roodt said there was little parties could do to woo young voters.

“There is not much they can do with the masses. Policy is not going to work because South Africans are not a policy-driven democracy and they don’t have the personality to convince these youngsters to vote,” he said.

“This is a generation linked to social media and they want, as they call it, a ‘woke’ leader.”

The Independent Electoral Commission said this week it’s all systems go for the final registration drive this weekend before the national and provincial elections expected to be held in May.

DA provincial leader Bonginkosi Madikizela said he was surprised that many youngsters did not understand the value of voting.

Madikizela said staying away from the polls was not the solution.

Good leader Patricia De Lille said she had seen a trend since 1994 in the decrease of voter turnout.

De Lille said that for years voters have been taken for granted.

EFF provincial chairperson, Melikhaya Xego, said there was much disappointment among the youth and they had lost hope in the government.

“They are tired of being led by a liberation movement.

“The EFF has a different approach and we have engaged with youngsters in various communities and the results have been significant. I think another issue is that they are sick and tired of promises.”

ANC Provincial Secretary Faiz Jacobs said the party was planning to start its campaign this weekend.

“We will be encouraging youngsters to vote and we will be going to various communities and speaking to them to vote.”