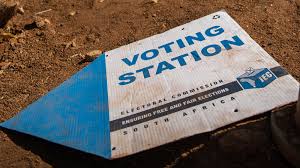 Citizens Survey poll shows ANC, DA down, EFF up – but with an uncertain voter turn-out

Jonah Dylan’s column in Daily Maverick  unpacks the 2019 Q1 South Afrucan Citizens Survey findings that show a decrease in support for the ANC, yet another drop in trust for Eskom, and an all-time high number of unmotivated voters.

The ANC is expected to earn 61% of the votes in the upcoming 8 May election, a 2019 Q1 South African Citizens Survey report released on Tuesday indicates.

The DA is placed at 19%, while the EFF comes in at 11%. The results are based off an expected turn-out of 77%, which is slightly higher than the turnout rate in the 2014 elections, which was at about 73%. The 77% number would represent about 20-million people, but turn-out could drop even further in 2019.

The ANC’s support dropped slightly from the last survey when it had 63% support. The EFF picked up that support, climbing from 9% in February to its current mark of 11%.

Even with the drop, the ANC is still projected to have more support than in another poll, released on Monday by Markdata. That poll placed the ANC’s support at 59%, the DA at 21% while the EFF followed at 12%.

The Citizen Survey put other parties at 4%. Undecided voters made up 4% of the survey results.

To read the full article in Daily Maverick, click here.